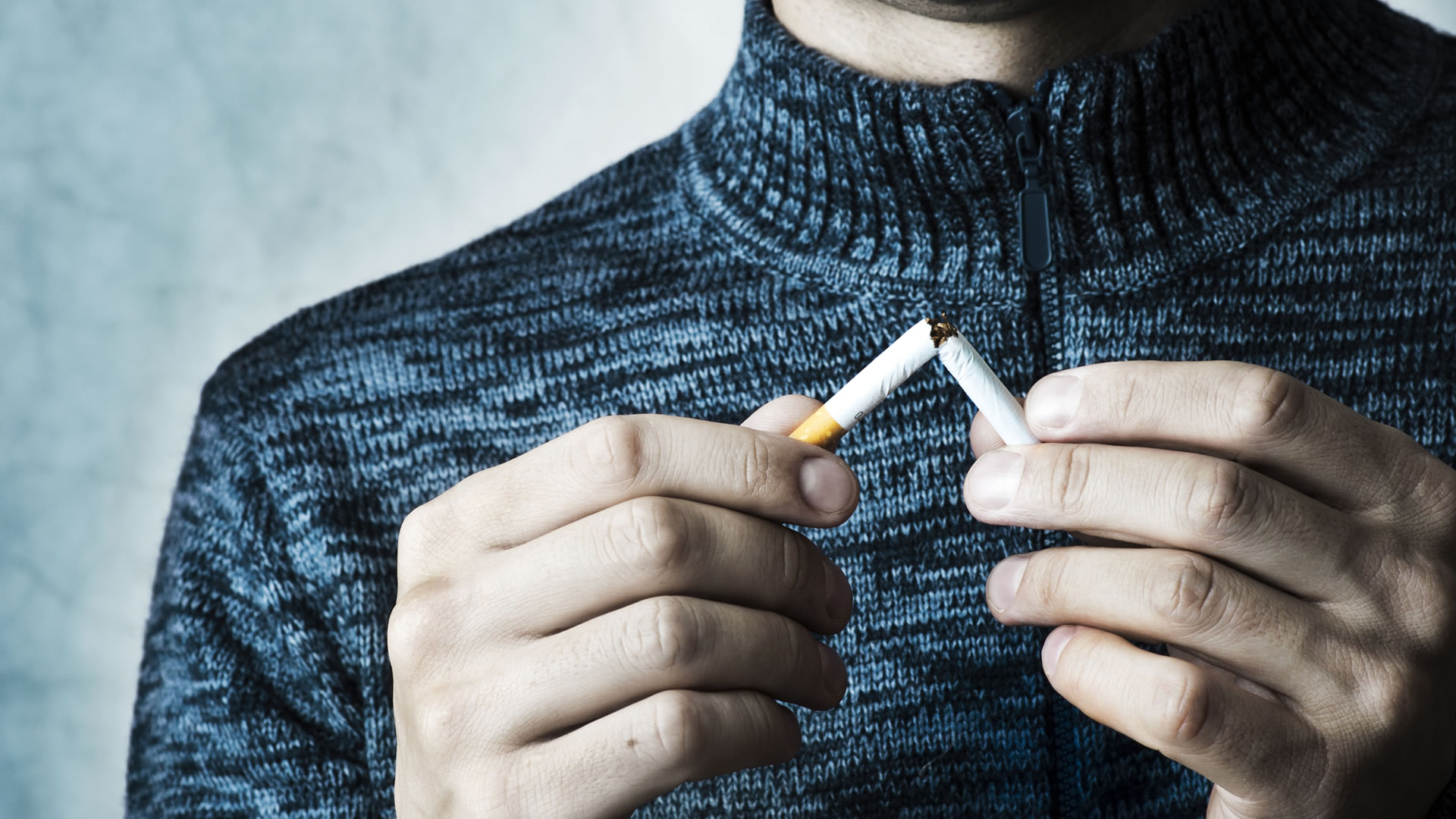 Smoking. There are the economic costs. If a person smokes one pack a day, on average he will spend just over $200 annually. A two-pack habit doubles that amount to $4000 a year. Some statistics are higher, with a pack-a-day habit running to $5000 a year. But those are just the direct costs. What happens if the money spent on cigarettes were invested? And what about the accompanying medical costs to a smoker? A January 9, 2019, article in The Atlanta Journal Constitution actually reported that Georgia was the least costly state in the Union to be smoker, but that the annual costs still came in at $27,390.

There are over forty six million Americans who smoke. Studies reveal that over seventy percent of those smokers want to quit, but as they all know, it is not easy to give up the habit. Ninety-five percent of smokers who attempt to quit fail, and the cost of quitting is not much cheaper. A month’s supply of nicotine gum runs almost $200, and then the smoker is still addicted to nicotine! The nicotine that naturally occurs in tobacco is as addictive as heroin and cocaine. Being a stimulant, the cigarette offers an almost immediate buzz to its user. An adrenaline rush produces an increased heart rate, and a release of dopamine generates a pleasant feeling. Withdrawal is not comfortable, either, accompanied by dizziness, headaches, insomnia, and general grouchiness.

The medical costs are well-known, too. Smokers suffer serious increases in the likelihood of heart attack, cancer, stroke, emphysema, and bronchitis. Second-hand smoke has been found to be a killer, too. Family members of smokers are at higher risks for heart disease and cancer, as well. The children of smokers have higher risks for middle ear diseases and infections, respiratory infections, and asthma. Low birth weight babies occur more frequently with mothers who smoke.

And then there are the social costs. A non-smoker not only lives a longer life, but it is a healthier, happier life. A non-smoker enjoys food more because it tastes and smells better. The clothes, car, home, and breath of smoker smell like stale smoke, a real turn-off to non-smokers. Employment opportunities are fewer, as well as job advancement opportunities. A smoker is always worrying about quitting. A smoker performs poorer in sports and other activities. The smoker has noticeably poorer skin and more wrinkles. Smoking leads to mouth and gum diseases, as well. Smoking sets a bad example for children, who are more likely to become smokers themselves if they grow up around the habit.

Hypnotherapy is possibly the surest way to quit smoking and never take up the practice again because smoking is an addiction (to nicotine) and a habit. As tough as overcoming the addiction is, it is the habit that keeps bringing the cigarettes back. Hypnotherapy can be used to guide a smoker through the detoxification and to swiftly re-program the smoker’s Middle Mind, where all the habits are formed and stored. Habits are learned behaviors that we acquire over time. Because so much time is used in forming them, they become virtually unbreakable, that is, without extreme intervention, such as hypnotherapy. This therapy is key to permanently stopping smoking.

The list of habits vary from smoker to smoker, but they all know them. My dad told me of tapping his shirt pocket where he used to carry his pack of cigarettes years after quitting due to serious health issues. Others associate certain times in the day with smoking. Over a cup of coffee. On the way to or from work. When reading a book. Watching TV. Quitting smoking does not mean quitting these activities that were associated with smoking and have become triggers, or indirect reminders of the habit. Hypnosis-based therapy gives the smoker the opportunity to break the power of the triggers.
When a smoker seeks out a hypnotherapist for assistance in ending the habit, the order of business for the therapist is to get to know the client and to explore the history of the smoking problem. He will ask a number of questions: why you want to quit, the extent of your habit – how many cigarettes you smoke each day, how many cigarettes you think or feel that you need daily, how many cigarettes you smoke simply out of habit, how the smoking affects your life, how you believe stopping the habit will benefit you, the age you began to smoke, what started your smoking, why you have not quit previously, or if you have, what precipitated your return to smoking, how much you spend on smoking and what are your plans for the savings, and finally, what fears you may have about smoking.
Fears about quitting the habit often hinder a smoker in seeking assistance. The hypnotherapist wants to flesh out those fears and make sure they are dealt with during the sessions. Addressing these fears is essential in making sure the client remains a non-smoker. A trained hypnotherapist is aware of those fears and knows how to address them.

Many fear gaining weight with end of the smoking habit. Hypnotherapy will provide the tools to make sure that that does not happen. Many smokers see smoking as a way to relieve stress. The hypnotherapist is trained in helping her client’s deal with stress-inducing situations. What do I do with my hands when I am out with others, say at a bar? The hypnotherapist will use suggestions to help a client’s mind instinctively handle such a situation. What do I do if I am offered a cigarette? You will have a plan and an attitude that helps you to easily overcome this situation. Finally, many smokers have a fear associated with the withdrawals that come with ending the addiction. The hypnotherapist will focus on strengthening your confidence and resolve in order to cope with the discomfort associated with the process.

Quitting the smoking habit using hypnotherapy is a fairly short-term process, usually a matter of several weeks. The key is that overall motivation and will power must come from the smoker desiring to quit. Hypnotherapy is not magic, and it does not seek to overcome the client’s will. When I sought out hypnotherapy to lose weight, I was motivated by recent open-heart surgery that got my attention. Do not be the fool that I was. Get the right help before your health is threatened the mine was!

B. Vaping (e-cigarettes). Vaping, a very bad plague upon our society, started with a noble objective – create a way to stop smoking, or at least to replace smoking with a less harmful activity. What is has created, however, is a harmful alternative and a crisis among young people. I suppose the developers were trying to limit the tar and many of the seven thousand chemicals inhaled with cigarettes. (For our purposes here, I am assuming no ulterior motives on the part of the original inventors.) Unfortunately, they wed a whole new set of chemicals and a dangerous delivery system to the evil nicotine, which remained the key component to an e-cigarette attraction.

In effect, the creators of the e-cigarette provided one bad habit to replace another bad habit. If there is any health gain at all, it is certainly a limited one. So far, the daily habit monetary benefit is there – vaping is less expensive than smoking, but in time that price gap may close.

Nicotine still remains a seriously addictive toxin, and the vaper can up the dosage by purchasing extra-strength cartridges for his e-cigarette. If you have read the prior section on smoking, you will understand that to quit smoking, the nicotine addiction must be overcome. The second prong of hypnotherapy deals with reprogramming habits. Vaping comes with its own set of habits, many of which are similar to smoking.

The real tragedy to me is the growing epidemic of vaping among young people. It was initially sold as an idea to teens as a harmless, fun, maybe even cool, activity. Still, in many jurisdictions, there are no age restrictions on purchases such as those which apply to cigarettes. The lower costs also make the practice more readily available to youth. Then, on top of all that, the purveyors of vaping began flavoring the product, broadening the market. For teens, nicotine has been demonstrated to alter and damage brain development, but for teens as well as adults, the harm to health is staggering, and, in its own way, comparable to smoking.
Vaping has been linked to cancer. It is shown to damage the lungs, the heart, and the bladder. One dastardly ailment is known as popcorn lung, in which the smallest airways in the lungs are damaged, causing coughing and shortness of breath. Vaping increases heart attacks and alters the blood. It can damage the mouth, leading to gum and teeth problems. The combination of the vaporizer and the chemicals have been shown to damage skin, as well.

Friends and family are not immune to the hazards of vaping, either. As with second-hand smoke, second-hand vapor contains lead and other heavy metal particles that can harm those nearby.
The hypnotherapy process is very similar to the approach discussed with smoking. The hypnotherapist will need some background from the client on the vaping habit. The objective will be nailed down. One thing I will be looking for in particular is the vaper’s commitment to the process. The buy-in to quitting is essential to success. Most smokers seeking assistance are self-motivated. If the vaping client is a teen seeking help at a parent’s suggestion or demand, the self-will power necessary to sustain the effort, an effort that truly is not overly burdensome, may not be present.
Hypnotherapy will include steps to see the client weaned from the nicotine addiction, followed by behavioral changes to address the habits that accompany the practice. Finally, as with smoking, the client must deal with any fears he or she has. In the case of the vaper who uses e-cigarettes to end a tobacco habit, the therapist will work to prevent a return to smoking through hypnosis.